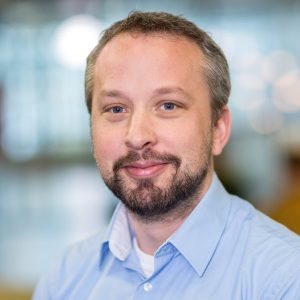 Mentor at Eindhoven University of Technology

Country of residence
The Netherlands

I am an Associate Professor in the Human-Technology Interaction group in the department of Industrial Engineering & Innovation Sciences, Eindhoven University of Technology (TU/e). As both engineer and—classical—environmental psychologist, my research focuses on understanding the often complex interplay between people and the highly technological environments and socio-physical systems in which they function, with the aim to formulate technological requirements from a user perspective. My technology application domains include smart urban lighting (e.g., supporting pedestrian reassurance and crowd management), digital environments and media technology (e.g., virtual reality, mediated social touch), and cyber-security risks and behavior (e.g., Internet of Things).

My research on smart urban lighting focusses its on its effects on human functioning, behavior, and perception, with an emphasis on the empirical investigation of light’s role in the safety perception formation process, and the possibilities of using light for crowd management and behavioral change (for example de-escalating potentially aggressive situations). Part of this research is conducted in living labs situated in the city of Eindhoven, such as residential area Achtse Barrier or recreational area Stratumseind.

As LightCAP brings together, and aims to build bridges between various hitherto perhaps less connected research domains (e.g., non-visual effects of lighting and research in outdoor lighting domain), LightCAP offers an excellent opportunity for further enhancing our understanding of the psychological mechanisms behind the relation between pedestrian reassurance and sense of safety.

I am supervisor of ESR9 on “The effects of SPD on CAP in mesopic outdoor situations”. Research on street lighting has been increasingly concerned with uncovering the psychological mechanisms behind pedestrian reassurance and the sense of personal safety, but to date such explanations have been sought predominantly in the domain of visual perception and performance. Despite an increased understanding of the importance of lighting in the non-visual domain, few outdoor lighting studies to date have focused on the role of attention and alertness in explaining how lighting affects visual performance and environmental appraisals in nocturnal outdoor situations. This is surprising, as to, for example, effectively avoid a tripping hazard, one should not be able to see, but also to be sufficiently attentive to such hazards. Together with Richard Jedon and Yvonne de Kort, we aim to investigate empirically this role of attention and alertness in the relation between street lighting, pedestrian performance and safety appraisals.