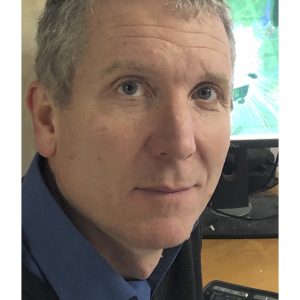 Supervisor at University of Manchester

I am Professor of Neuroscience and Director of the Centre for Biological Timing at the University of Manchester. My laboratory has explored the ways in which light regulates mammalian behavior and physiology for more than 20 years. We do so primarily by studying the mechanisms of photoreception in cell culture, and by recording electrophysiological and behavioural responses to light in laboratory rodents (although we have lately also undertaken some experiments on healthy human volunteers).

The overarching objective of our work is to establish general principles governing the biological impact of light, which can underpin choices regarding healthy light exposure. This has led us to explore the retinal origins of non-visual light responses, including the ways in which melanopsin complements the sensory characteristics of rods and cones to encode the light environment.  We have also addressed the various impacts of which light on mammalian biology, both via effects on the circadian clock and more direct regulation of physiology and behavior. We have finally pioneered descriptions of the ways in which melanopsin contributes to visual perception and form vision. In addressing these objectives, we have developed ‘melanopic’ illuminance as a concept for measuring light and pioneered adoption of the psychophysical concept of receptor silent substitution to study and manipulate the non-image forming visual system.

My interests overlap with the objectives of all 3 work packages in the LIGHTCAP project and I am excited to contribute to this consortium.

I am primary supervisor of two of the LIGHTCAP ESRs (Qian Huang and Ashwati Prithviraj), and will contribute most directly to achieving the goals of Work Package 1 ‘Fundamental Mechanisms’. I will also host secondments for several ESRs across the LIGHTCAP project.